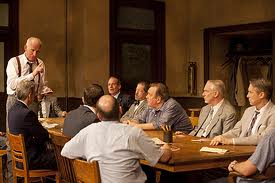 Jurors decide based on what they know–or more importantly, what they think they know.  It is unrealistic to expect a juror to discard a lifetime of learning or professional knowledge and instead rely only upon what someone says in the courtroom.  And that means that a juror who has pre-existing knowledge about one or more issues in a case is a very dangerous juror for someone.

In my last post, I talked about some of my observations about jurors deliberating after a mock trial exercise.  One of those jurors was a doctor–something that would probably never happen in a personal injury case in real life.  And, predictably, his “knowledge”–although not completely correct–was very persuasive to his fellow jurors.  It was an excellent reminder about the perils of leaving an “expert” on a jury.

The case involved a young boy who claimed to have suffered a closed head injury on a roller coaster ride  According to the testimony, while riding the coaster, the boy complained to his father that his neck had “popped,” and then slumped down in his seat.  He stumbled off the ride, nauseated, and soon passed out and was taken to the hospital.  Radiology studies showed a brain bleed and a neck fracture, along with some other signs of trauma.

The doctor on the panel told the rest of the jurors that causation–whether the roller coaster caused the boy’s brain injury–was a “slam dunk.”  There was no question in his mind; he only needed to decide whether the amusement park was negligent.  And the other jurors went along without question.

The problem is that the cause of the boy’s brain bleed was far from a slam dunk.  Deliberately created to give each side some strong points, the case had some facts that permitted the defense to argue that the boy had a congenital blood vessel anomaly or aneurysm, that suddenly burst even under forces that would be safe for most people.  There was even a suggestion that the bleed had occurred in a recent soccer game.

In that respect, the case mirrors real life, where cases that are slam dunks for one side or the other never reach trial.  If the plaintiff’s case is very weak, it is usually dismissed or never brought in the first place.  If the defense can’t come up with any way to rebut the plaintiff’s claims, the most likely result is a settlement.   If a jury is asked to decide a case, both sides usually have something to talk about.

In the mock trial, the doctor, who was a retired pediatrician,  knew just enough to sound like an expert, but not enough to recognize the subtleties in another medical discipline.  Yet his fellow jurors hung on his every word, not even questioning his statement or analyzing the evidence that favored the defendant.  While the position he took was probably correct, it was really not as clear as he made it sound.

An “expert” on the jury is dangerous for both sides, because that juror is likely to be a leader and his opinions to carry undue weight during deliberations.  A lawyer who allows an “expert” juror to remain on a jury is gambling that the juror will favor his or her side of the case.  If the gamble pays off, the juror may well lead others to follow his opinions, resulting in an easier path to victory.  However, if the lawyer has misjudged the “expert” juror’s inclination or reaction to the evidence, the result could be disastrous.  For this reason, the prudent course is most often to avoid jurors with specialized relevant knowledge.