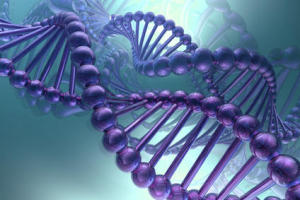 A Massachusetts Superior Court judge has ruled that he will review the school records for the sibling of a young man who suffered lead poisoning to see if they contain information that might tend to show a familial or genetic cause for the plaintiff’s cognitive and learning disabilities.  If the records contain pertinent information, the defense will be allowed access to the records, even though the sibling is not a party to the case.

The claim that a plaintiff’s medical condition has a hereditary basis is often raised by defendants in medical malpractice and other personal injury actions.  As yet, no Massachusetts appellate court has addressed the question of when or how the defendant may obtain copies of medical and other personal information related to another family member in order to support its contention.  However, defense lawyers commonly issue subpoenas for this type of material, ignoring the rights of the non-party family member.

The defendants in Sapienza v. Beaulieu sought an order requiring production of the plaintiff’s 10-year-old sibling’s school records, in order to determine whether there is evidence to support a genetic or familial cause for the plaintiff’s cognitive disabilities.  In support of their motion, the defendants submitted an affidavit from a neuropsychologist, who stated that a review of the medical and educational records for other family members would be important to her conclusions about the cause of the plaintiff’s disability.

Last month, Superior Court Associate Justice Jeffrey Winik ruled on the defense motion, issuing a sensible order that is roughly modeled on procedures for obtaining non-party records in criminal cases.   The school has been directed to produce the records in a sealed envelope, which will be opened and reviewed by the judge.  If the judge determines that there is information pertaining to “attention deficit disorder, specific learning disabilities, such as speech delay, and mental illness,” he will appoint a guardian ad litem for the minor sibling, who will have an opportunity to argue why the records should not be produced to the defense.   If the judge then determines that the records should be produced, he will allow defense counsel and the expert to see them under strict safeguards.

Normally, someone who files a lawsuit alleging personal injury is considered to have waived any privilege or privacy rights to medical and other information related to that injury.  There is no automatic waiver, however, for family members or others who are not parties to the case.  Judge Winik’s opinion strikes a reasonable balance between the privacy rights of non-party family members, whose medical condition may arguably be relevant to the causation issues being litigated, and the defendants’ need for information to contest the claim of causation.  The detailed procedures instituted by the court recognize that other family members’ rights must be protected, and cannot be waived simply by a relative’s act of bringing a lawsuit.