A common defense lawyer’s explanation for a bad outcome is that what happened is “a risk of the procedure.”  But what does that really mean?  And what does it mean for a patient who suffers one of the known complications of a procedure or surgery? 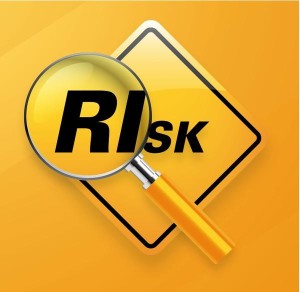 As used by defense lawyers, “risk of the procedure” tries to convince a jury that the health care provider wasn’t negligent, that what happened was unavoidable, and happened despite appropriate actions by the provider.  But the explanation that a bad outcome was “a risk of the procedure” doesn’t answer the real question in a malpractice case, which is “Was the doctor negligent?”  Sometimes, there is a bad outcome even though the doctor did everything in a completely appropriate manner.  But sometimes, the bad outcome was the result of bad medical practice.  And that’s the definition of medical malpractice.

A good example of the difference comes from a case we handled recently.  A man had developed fluid around his heart and needed a procedure known as pericardiocentesis, where a needle is inserted into the space around the heart to drain out the fluid.  As you might imagine, any time a needle is in close proximity to the heart, there is a potential for injury,  So, one might say, injury to the heart is a known risk or complication of pericardiocentesis.

But if that injury occurs, it may or may not be due to negligence.  In our case, two important facts led us to conclude that the man’s death from injury to his heart was due to negligence, and was not just an unavoidable complication.  First, although there are imaging techniques that are commonly used to allow the doctor to see the needle’s progress in real-time, the doctor in our case chose not to use them.  He did the procedure “blind.”  And worse, when the heart monitor showed abnormalities indicating that the needle was touching the heart, the doctor did not stop the procedure.  Instead, he pushed on, puncturing the heart and causing the man’s rapid death.

The defense, in this case, urged the jury to conclude that what happened was “a risk of the procedure”–just bad luck, really, and that the doctors had done nothing wrong.  However, we were able to show that when something is a known risk, it’s even more important for the doctors to try to prevent that risk from occurring.  And that makes sense.  If you know the driveway is slippery and you might fall–you take precautions.  Maybe you spread salt on the pavement.  Maybe you walk more carefully.  Likewise, if a doctor is doing something that has a risk of harm, the negligence may be in not taking appropriate steps to prevent that harm.

This idea of taking appropriate precautions ties into the concept of informed consent.  When a patient gives informed consent, he acknowledges that he is aware that some risk is involved, even if everything is done perfectly–and he accepts that risk.  But that patient still has the right to expect the doctor to take every reasonable precaution to minimize or prevent that risk.  Put another way, the patient does not consent to malpractice, nor does he give up his right to bring a claim if the doctor is negligent in causing the injury.

This distinction, between an injury, that occurs despite proper care by the doctor, and an injury that is caused by negligence, is important when evaluating a case where the injury is a “known risk” of the procedure.  That doesn’t end the inquiry–the crucial question is whether that “risk” should have been anticipated and prevented.  If so, there may be a valid malpractice claim.